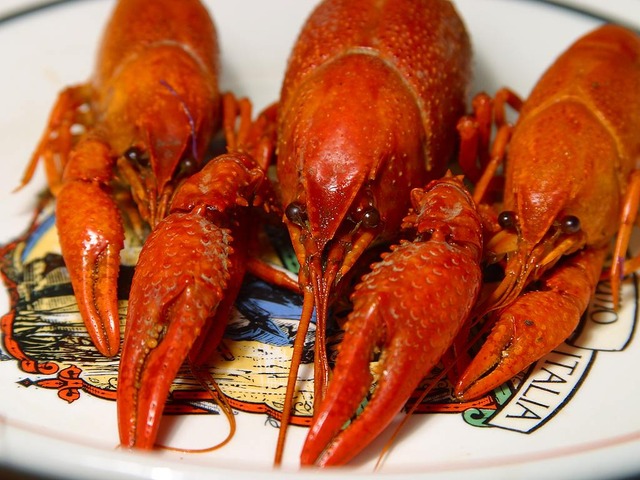 In general, the food from Southeast Asia is a lot cleaner than Western food, because it uses fresh natural ingredients and very little processed food. It is possible to have a diabetic romantic Thai dinner, which is incredibly healthy and taste superb. A lot of Thailand is coastal and they serve lot fresh fish, oysters and mussels and other assorted shellfish.

Over the years, I have spoken to lots of people who are put off using fish because they from underneath are all you have to do is it put in the frying pan, wok, grill or whatever when you are cooking it. In addition, any fishmonger will gut, clean, remove the head and scales, and, of course, this is much less time-consuming than doing it yourself.

If you want to do yourself here are the instructions and they are applicable for any fish. All of the innards on fish need to be removed it is quite common to grill sardines and other fish which are about 2 inches long without taking out the innards. However, I prefer to clean and gut all fish and the principle is the same. Never attempt to deal with fish with blunt knives it’s a hard job that way.

Put the fish in your hand with the fish on the side facing upwards make a slit along the inside from behind the head to the lower fin in all cases this will open the stomach cavity, remove the insides and clean out the cavity with cold running water. To determine if you need to scale it consider whether or not you are eating the skin. If you intend just to peel the skin back and remove it there is no point in going through all the work to scale it. However, I like to save my fish with a crisp skin and, therefore, scale it. To scale a fish lay flat on a chopping board and run the back of a paring knife from the tail to the head. If you want the head to stay on the fish and the usual reason for this is it identifies the fish to the diners then leave it if you want to remove it making a cup with a sharp knife just behind the head and go all the way down to the chopping board. Finally cut off the gills and trim the fins with scissors. Try out the fish with paper towels before cooking.

Muscles clams and oysters can be rinsed under running water but be careful to get into the crevices. Sometimes oysters need to be lightly scrubbed. Muscles need to be debearded, if you hold the muscle in your hand you will see that it has hairy bits sticking out in places greatly is very hard with a sharp knife and pull them out. I prefer to soak seafood in saltwater for at least five or six hours so it pumps out all the sand. Many instructions will tell you to discard any shellfish that does not open, but this is said now to be an old-fashioned idea.

It is possible to prepare crabs and lobsters at home, but many people prefer to buy ready cleaned crabmeat partially because it’s a bit of a pain to do it yourself. A lot of people also don’t like to cook live seafood because if you drop them into boiling water there is an escape of air the sound is a bit ghoulish. You can get around this by putting them in cold water and bringing to the boil because they are stunned by becoming slowly unconscious as the temperature increases. Make sure that you have salt in the water.

To Prepare a live Lobster

Either, drop the live lobster into a pot of boiling water with added salt or put it into a pot with cold water and added salt and bring to the boil. It is difficult to tell you the exact time of cooking for a lobster because it depends on which of the two methods you choose and also the size of a lobster. As a guide and average time is about 17 minutes, but the lobster is cooked when the shell turns bright red.

Do be aware before you embark on dressing a crab that  there are dead men’s fingers inside which are poisonous, they are very clear but just so you know. A lot of fish markets sell crab claw meat still in the claws and these are the easiest and bet ways to utilise crabs. They are generally sold by the pound r kilo, but by weight

To prepare a live crab.

Start by making a flavoured stock called a court bouillon. Roughly chop the vegetables  and put  in a large saucepan or stockpot with the garlic, and herbs.Add the rock, sliced lemon,  vinegar, star anise and wine. Add 3 litres water, bring to the boil and simmer for 30 mins. Cool and strain the liquid into a jug, discarding the vegetables.

Return the liquid to the pot and bring back to the boil. Lower in the crab and simmer for 12 mins per kg, then leave the crab to cool in the pot until cold.

To prepare the crab, lay the crab on its back and twist off the front black-tipped claws. These contain most of the white meat. Put the crab on its back with the eyes towards you and, using both hands, push up the six legs. Press your two thumbs either side of the eyes and push away the ‘purse’ (that is the central body part).
On the underside, you will see a circle of grey feathery gills which are  called dead men’s fingers. It is crucial to pull these off and discard. They should not be eaten. Then, using a heavy knife, cut the round purse into four. This exposes the white meat, which can be picked out.
Pull off the knuckles from the claws and pick out the meat with a skewer or small, sharp knife. Place the large claws on a worktop and cover with a clean towel. Smash down with the back of a heavy knife or mallet until the shell cracks. As an alternative method, placing a wooden board on top of the crab, then hitting the board with a large hammer, also works well. Peel off the cracked shell to extract the meat inside. There is a thin blade bone in the centre, which should be discarded – be careful, it is sharp. You can also push the meat out using your thumbs and fingers, checking at the same time for any stray bits of shell.
Pull off the 6 legs. Extracting meat from the legs is fiddly, so unless you really need the meat, save them for a bisque.
To check that there is no shell left in the white crabmeat, sprinkle the crab over a metal tray – you will be able to hear if any shell is left in.
Using a teaspoon, scrape out the brown meat inside the main body shell, both soft and hard. Place in a sieve and rub through into a bowl using the back of a wooden spoon.

The King prawn tails can be bought fresh or frozen on their own like lobsters they should be deveined by cutting along the back and removing the black intestine. Alternatively the whole prawns can be bought and then grilled and then use them whole to the table. The smaller prawns which the Americans call shrimp are sold either fresh or frozen normally because of their size they have been cooked at sea usually there have also been beheaded and shelled.
Squid is available in various sizes, small ones are about 3 inches long was big ones are nearly a foot long. They can be bought in two ways you can purchase just the body sacks which have been cleaned and are ready for cooking or you can buy squid whole with the ink. To prepare fresh squid pull the tentacle head from the body sac which will also pull out the insides. Cut off the tentacles because they can be used but discard the head and the insides. Within the body sac there is a large piece of transparent cartilage which is known as the backbone of the squid remove it by pulling gently. This can be easier done when both are underwater. The body sac is covered by a thin membrane which is a sort of a pinky brown colour, gently insert your knife between the membrane and the sack and it should pull away easily leaving the squid flesh white.

Tomorrow we will look at Thai fish recipes, including barbecued seafood, grilled fish with garlic and herbs, steam fish with ginger and wild mushroom and many others.