The Science behind Diet to Reverse type 2 Diabetes.

Save this on Delicious

Whilst I was researching into a diet to reverse type 2 diabetes, I began to look at the science behind why some people become diabetic, whilst others don’t. We all know that there is a link between obesity and diabetes, but why is it that some people become diabetic with a body mass index of 32, whilst others who have a morbidly obese body mass index and they don’t become diabetic? For instance Leo had a body mas index of 31 and developed type 2 diabetes, whilst mine was 45 and I had a very low risk of diabetes, because my glucose readings were very low.

We all know as well that diabetes can run in families, studies have shown that first connected relatives such as father and son, or sisters are at last three times more likely to become diabetic if there is a history of diabetes in the family.(Flores et al., 2003; Hansen 2003; Gloyn 2003). Mono zygotic, or identical twins share identical genes, yet in only about 1 in three cases both will be diabetics.

Clearly we are not hardwired to be diabetic, because there is no one diabetic gene, but that does not mean that more than one gene is involved in a predisposition to higher than average blood sugar levels. Of course it is not just genetic influences that make someone diabetic there are environmental factors as well. 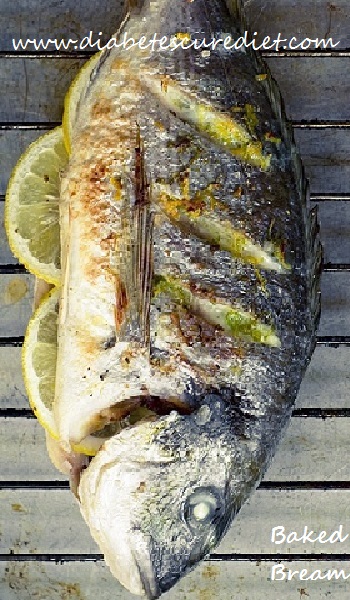 As recently as 15 years ago it was thought that if you had impaired glucose tolerance then the development of diabetes type 2 was inevitable. How depressing is that?

That is like saying to someone, oh dear you have IGT – go away and come back when you have developed full-blown diabetes and then we will put you on medication for the rest of your natural life. Oh by the way your life will be shortened for 15 years because the complications of diabetes are likely to kill you!

The first ray of hope on the horizon was in 2002 when the New England Journal of medicine published day study in which an IGT group were randomly split the three treatment groups.

The first group received individual advice for 16 weeks about how to change their lifestyle and diet specifically towards losing weight and keeping it off. They were specifically advised to follow a low-fat, low-calorie diet and to exercise for 30 minutes for at least five times a week. The second group received no counselling and just a prescription for Metformin and the third group which was the control group were given a placebo or dummy tablets.

All participants were studied for four years and in each year of the study 5% of the lifestyle intervention group developed diabetes compared to 11% of the placebo group and those given medication fell somewhere between the two.

The science behind Diet to Reverse type 2 Diabetes.

Those results are somewhat striking. Double the amount of people developed diabetes when no intervention was taken! Even after 10 years a follow-up study found that although there had been no further counselling or medication there was a 43% reduction in the development of diabetes in the lifestyle intervention group against the control group.

The next prevention trial for diabetes was published in 2003 in Finland. This study provided seven sessions in the first year and then every three months for the next three years with exercise sessions provided free of charge to all the participants. Over a three-year period 9% of those with IGT developed diabetes while 20% of those in the control group also developed diabetes. The control group could participate in exercise but they had no counselling or dietary advice.

Both of these studies showing a 50% reduction in the development of diabetes when efforts are made to change the lifestyle. That means that diet and exercise are more crucial in the management diabetes than medication. It demonstrates that not only can diabetes be prevented but impaired glucose tolerance can be reversed.

That didn’t answer the question of whether someone with diabetes could reverse it. In the last 20 years it has been noticed that those people who have undergone bariatric or weight loss surgery to deal with obesity have also dealt with their diabetes and reversed it. The end result of bariatric surgery is that it limits the calories absorbed through the got into the bloodstream. In one report 72% had reversed their diabetes by two years and a half of these remained without diabetes for 10 years.

So these studies show that it is possible to reverse diabetes. It may be your diabetes will not be reversed by tackling overweight and bringing your weight down into a safe margin will make the management of your diabetes so much more easy

Buffer
The Science behind it, Type 2 diabetes