Leo was diagnosed as diabetic when he was 60, coincidentally the same time he gave up work. I thought that retirement would bring freedom, what I encountered was the harsh reality of Jobs for Senior Citizens, – Managing diabetes. 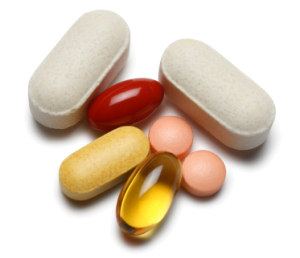 Very quickly I found out that managing diabetes and all its aspects can be extremely hard work. It’s hard work for the diabetic they will have to monitor the health 24 hours a day, seven days a week and 365 days a year. However, it’s a thankless task for the relatives of diabetics, they have no praise, no holiday and certainly no pay; to top it all they can’t leave.
As a job model it doesn’t have anything to recommend it, you want to know how to support and understand a person with diabetes to offer them practical strategies to help.

Unfortunately, you are caught up in a round of monitoring diabetic medication times, it’s not just the metformin it is cholesterol tablets, the high blood pressure tablets, the anti-migraine tablets and uncle John Cobleigh and all.

It’s the obsession with foot care. Suddenly my lounge seemed to have a permanent bowl of hot water on the floor,with a leg and foot in it! I do understand the importance of diabetic foot care, but it seemed to be every day.

Of course it wasn’t just me that couldn’t have a holiday, Leo was in the same boat. Living with the job 24 seven was bad enough, but there was always the danger that eventually because he was on the maximum dose of metformin he would become a type I diabetic.

Most people understand the physical aspects of diabetes, but there is a whole gamut of emotional and psychological problems which impact the well-being of the whole family.

When a diabetic’s first diagnosis they go through a process not unlike grief after all they have lost their health and will be on diabetic medication for the rest of their life. Modern medical research has found that diabetics are twice as likely to be depressed, yet no one has done any research on how depressing it is for the rest of the family.

Anxiety is common, Leo worried constantly about the long-term health effects, the fact that diabetes shortens your life by 10 years and of course the inevitable feeling of regret that it may have been self-inflicted. Perhaps you could have gone to the Dr sooner and been diagnosed as diabetic, but perhaps you should have gone even earlier been diagnosed as a prediabetic.

All of these collective anxiety attack counter-productive to managing diabetes.

When you are worried and frightened it is difficult to look to the future at all, never mind the prognosis of a productive future. To some extent healthcare professionals do not actually help the diabetic patient – telling a diabetic they have a lifelong condition they must manage with medication in some senses gives them a false sense of security.

They’ll could have become the road back to normal health much easier without the anxiety problems. It was three years before he began to face the fact that diabetes was not a death sentence it could be changed. He was lucky, we had no setbacks. From the day he decided he was going to curing diabetes he got nearer his goal every single day.

For other people there may well be setbacks. Setbacks aren’t really that important,as they say Rome wasn’t built in a day, but you have to take the Scarlet O’Hara mantra -” after all tomorrow is another day”. Not everyone can be as focused as Leo.

Our thoughts are often indications of how we will feel. If we feel there is nothing we can do to change diabetes, –  all we can do is take the medication then that is reflected in behaviors. Suddenly any motivation to eat healthily is lost after all we are already diabetic let’s eat something comforting and sweet to cheer ourselves up.

These behaviors then manifest themselves as physical symptoms such as irritability and fatigue. This has a negative effect on our emotions. Diabetics who are tired and irritable feel frustrated, fed up and more anxious.

As they say if you can believe it then you can achieve it! The pace at which you reduce your diabetic medication does not really matter, every little bit helps. You don’t necessarily have to go at it like a bull in a china shop all the time.

I was always amazed Leo frequently took his sugar readings before exercise it was amazing to watch them plummet after half an hour of brisk walking.

Although you will have to change your lifestyle forever, you don’t have to change it over night.If you crave sweet things, cut down your portions and also investigate what else you could have for less carbohydrates.

Either way don’t give up, every single step to change your lifestyle forever is a huge achievement, go for it, and don’t forget to give yourself a pat on the back.