Low glycemic eating avoids sugar spikes because the food like coal burns very slowly and releases its energy slowly over a period of time. All the sugar doesn’t burst into the blood vessels at once.  Not only does this make the food healthy to eat from a diabetic point of view but it keeps you feeling fuller for longer because they take longer to digest.

Examples of low glycaemic foods are beans, whole grains, pulses, legumes, dark green vegetables, steel cut oats, whole-wheat pasta and whole-wheat bread. It’s always better to eat fresh fruit rather than to drink fruit juice for two reasons the first reason is that it contains the natural fiber which is stripped out in juice and your body has to digest fruit whereas fruit juice is an immediate sugar hit! 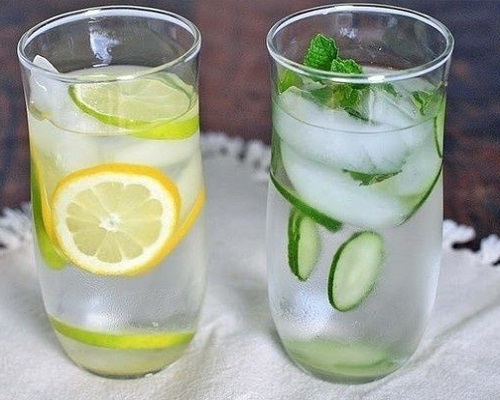 It masses of green vegetables, fruits including apples pears peaches berries bananas mangoes and papayas, because these fruits all have a lower glycaemic index than sugary desserts. Grain should be whole-grain so you should eat the whole barley, millet, wheat or brown rice, these foods have not been stripped of nutrients during the processing. When white flour is processed it not only bleaches it of color most of its nutrient value as well and of course is taste.

It’s necessary to try these foods and workout what effect they have had on your sugar levels. For instance we found out with Leo that the one food that really spiked his sugar levels was brown rice. So it was my mission to find other carbohydrates that he could eat which did not affect him. Easy options were adding a can of of chickpeas, navy beans, white beans, pinto beans or haricot beans to soups and casseroles. We also make the switch from white potato to sweet potatoes which contain less carbohydrate and for me they  have more flavor.

Another change be incorporated into our diet was to increase our fish intake to twice a week. Once a week we have an oily fish such as smoked mackerel salad served with horseradish sauce. Another day we have a whitefish with either salad or vegetables. Our other protein choices are a vegetarian day which we normally have aubergine curry served with several different vegetable curries.

Leo eats Brazil nuts, almonds and walnuts as well as peanuts. He eats avocado on his salad which although it is high in fat is also a very healthy food. One change he made regarding fact was to completely eliminate partially hydrogenated or trans fats. These fats are found in many baked goods and processed food. He’s lucky he is a man that likes to eat his breakfast daddy had three meals a day +2 small snacks.

A top diabetes tip is to cut down on hidden sugars. Being diabetic doesn’t mean you can’t have sugar all food is broken down into sugar. The trick is not to have baked goods or processed food or fried food like donuts. Leo found several yogurts he could eat his calorie maximum was 100 cal. However with yogurts you have to read the label very carefully because some of them are astronomically fattening even if they are labelled low-fat.

Sugar is hidden in a lot of foods perhaps where you would not expect to find them most people would expect to find sugar in fruit juice maybe but would you expect to find it in margarine, or instant mashed potato or white bread, canned soups and vegetables for that matter, many low-fat meals and ketchup. By reading food labels very carefully you can eliminate a lot of these hidden sugars.

One of the difficulties when reading food labels is the fact that manufacturers are required by law to state the total amount of sugar, however this does not tell you how much sugar is in the food naturally and how much has been added artificially. Manufacturers also have sneaky tricks of writing sugar in a variety of different ways which include the words dextrose, honey, molasses, cane crystals, corn sweetener, fructose,, high fructose corn syrup, corn syrup, invert sugar maltose and many more!

This muddies the water when you read the label because if they had sugar in things which are not technically sugars they don’t come first on the list. You have to notice that each sweetener is added and listed separately. It doesn’t look a lot one fructose is the fifth added ingredient, and maltose is the seventh but when you add up these hidden sugars it comes to an amazing amount of sugar in some cases it makes a product absolutely chock-full of sugar.

Sometimes a product which in theory looks very healthy isn’t. Let’s look at a serving of porridge with almonds!

There was a lot of added sugar first of all is the brown sugar, then there’s the sugar, crispy oats probably have added sugar, corn syrup is a sugar barley malt extract is a sugar maple syrup is a sugar. All in all that’s an incredibly naughty sugary nasty packaged product for a diabetic. Porridge takes no cooking I put it in a bowl add boiling water stay quickly for a minute and Sir five minutes later you can always add your own nuts and cinnamon or nutmeg.

How to include sweets in a diabetes-friendly diet.

The good news about eating sugar is that when you eat less of it you crave less of it. Sugar is a highly addictive substance and the more you eat the more you want to eat. What doesn’t work is to cut out sugar overnight this can leave you feeling listless depressed and ready to rip somebody’s head off for the sugar you crave. The trick is to wean yourself off sugar slowly so in other words if you take to sugars in a cup of coffee reduce it to one and a half for a week, then 1 teaspoon a week than a half teaspoon for a week.

I have to say there were times when they wanted a proper desert. That in itself is no problem if you have planned for it. If I know he wants to eat chocolate cake that we make sure we have a dinner with a lot of vegetables and protein and no carbohydrates other than the vegetables. Where it becomes dangerous is when you just had pasta even whole-wheat pasta and then eat a piece of apple pie! One of the weird things about being diabetic is the fact that we often chose full fat options rather than the low-fat options which contain added sugar. There are several reasons for this having fat in the diet increases the amount of time it takes to digest food because it slows down the process.

Having said by does not give you carte blanche to grab a piece of cheesecake. Healthier back choices are ricotta cheese yogurt walnuts and peanut butter. Desert should be with a meal rather than a snack. When you have a piece of cake on its own it is more likely to spike your sugar levels than if you have eaten it on top of a plateful of five or six vegetables and protein. Savor your food eat slowly to it and enjoy every mouthful. Try not to eat your food in front of the television or when engaging in other activities because you eat mindlessly and don’t notice the calories slipping down.

Have you ever noticed in McDonald’s it’s loud and light because those are the conditions which make you eat the most food. The more tranquil the atmosphere in which you are eating the less you are likely to eat because you eat more slowly. When you bolt your food down your system doesn’t have a chance to say hold on I’ve had enough. So you can eat 10 or 12 or even more mouthfuls mindlessly until you realize you are for up and can’t eat any more.

Leo didn’t have a sweet tooth, in fact he rarely ate a desert of any description! However his downfall was beer and also too much carbohydrate in terms of mashed potato or rice or pasta.One of the first things he did when he found out he was a diabetic when he was merely managing the condition as opposed to curing it was he changed his drink of choice to wine. In fact he learned very quickly that red wine actually is one of the fastest substances to bring down sugar levels! One of the things a diabetic betting nurse didn’t tell him.

One of the best things you can do is to cut out all soft drinks with added sugar. In fact anything with added sugar if you are sugar to something yourself you Will probably add less than manufacturers do. If you want to drink orange juice as a treat look for labels that say no added sugar. In fact look for labels on anything that say no added sugar.Modern research has shown that for every sweetened drink you have in a day you increase your risk of diabetes by about 15%. To avoid that drink iced tea with no sugar but preparing yourself.

We both love natural thick Greek yogurt, but when finding a fruit yogurt to eat they either tasted of chemicals or they were too high in calories. A quick changing diet was we started to eat plain yogurt with fresh fruit it takes healthier and certainly is a lot less sweet than the shop bought varieties.

If you enjoyed fizzy drinks in the past and find them hard to cut out of your diet, just change the type of fizzy drinks! Instead of drinking regular Coke try the zero sugar varieties or drink water. Fizzy water these days comes in a variety of flavors or just use plain fizzy water with a handful of strawberries, a large wedge of lime or other natural fruits.

These small changes will have a huge effect on your diabetes management plan. 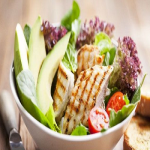 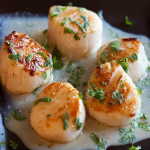 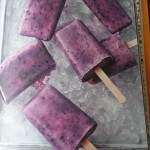